THE ADVENTURES OF ULYSSES, THE DIPLOCAT
> Graphic novel project co-produced with Olivia Snaije

Ulysses is a haughty Siamese cat. He belongs to a dapper French diplomat who is assigned to various postings in the Middle East. The diplomat is so attached to Ulysses that he brings him everywhere and confides in him when he comes home from work. Where “Monsieur” goes, Ulysses, the diplocat goes, whether it’s Algiers, Jerusalem, Sana’a, Damascus or Beirut.
Ulysses recounts, from the point of view of an informed and Cosmopolitan feline, these Middle Eastern cities during a period of time shortly before, during and after the “Arab Spring”.

Ulysses and the diplomat are characters based on a real feline and a real diplomat – the text and images are fictionalized accounts from original stories as told to the author. 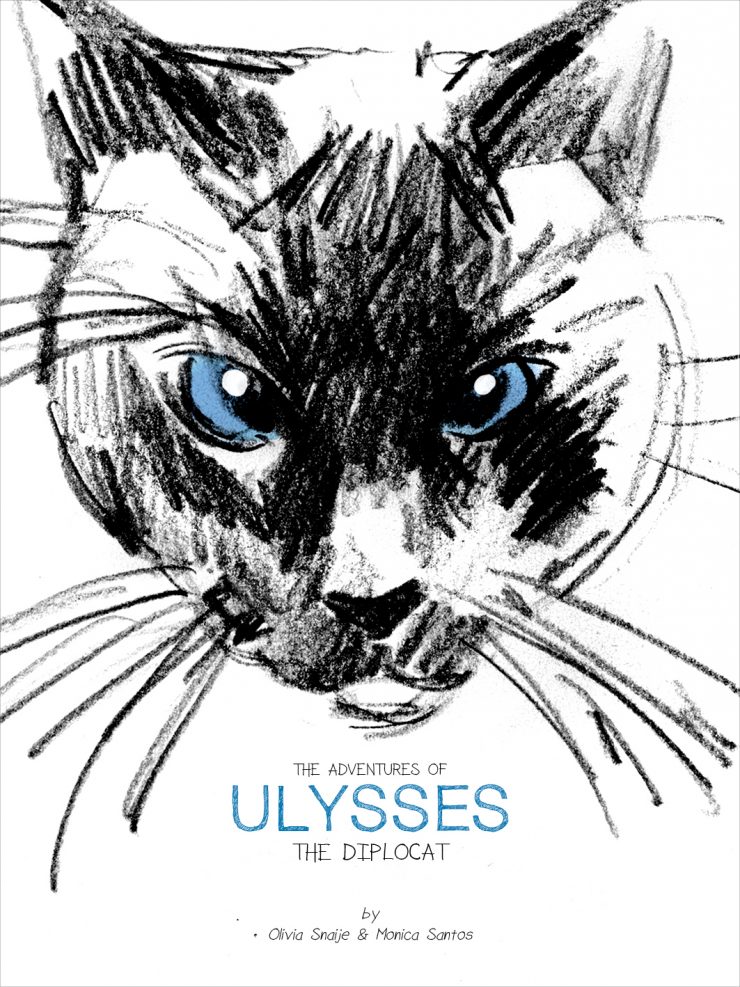 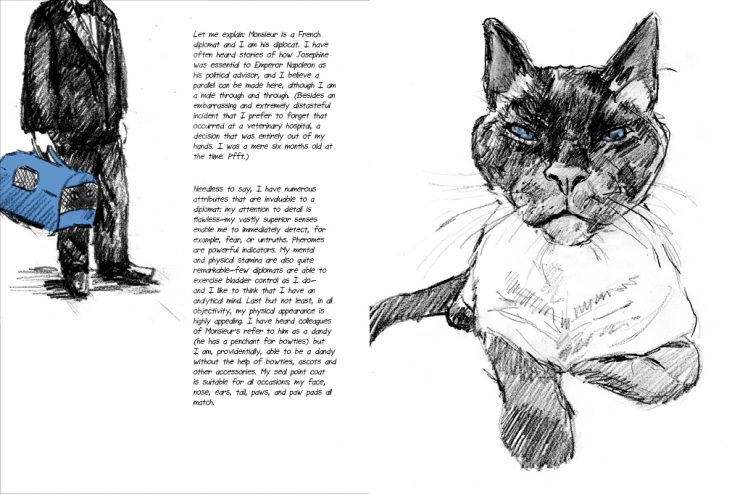 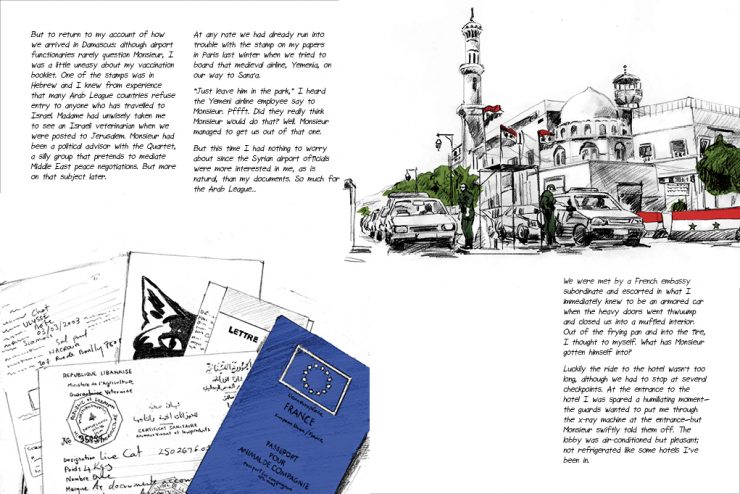 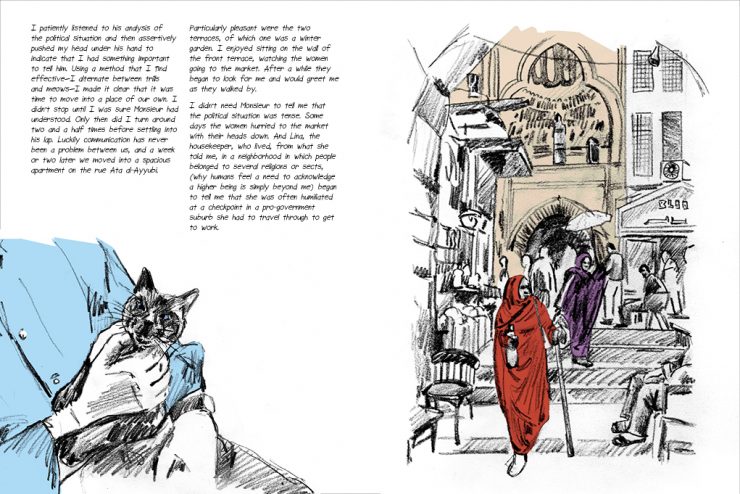 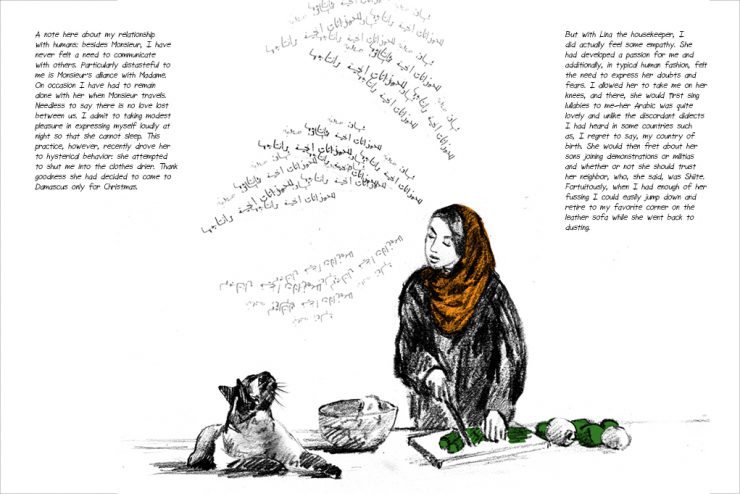 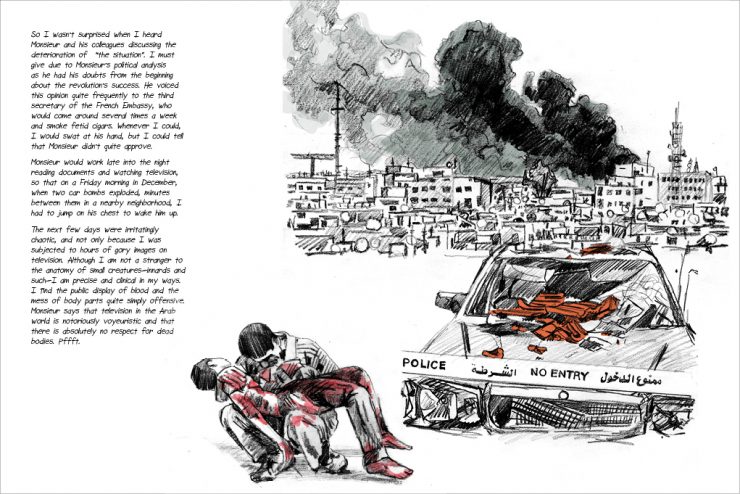 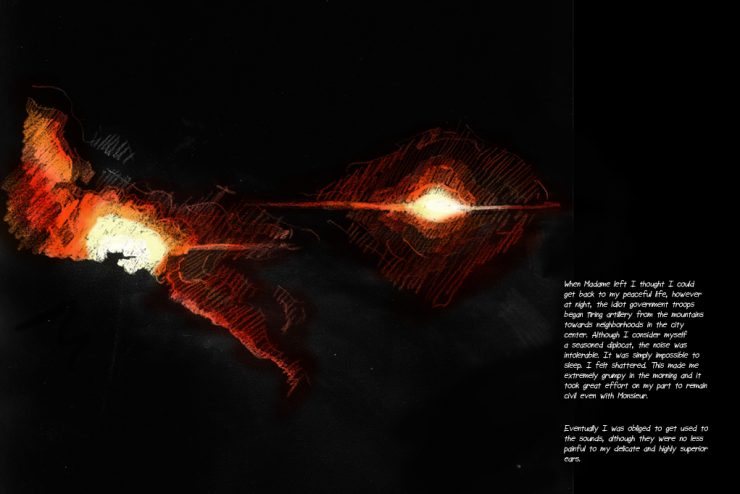